Since 1981, Sylvi Harwin has anodized and handcrafted an ever-changing line of colorful, whimsical aluminum jewelry, accessories, mobiles and tableware. Her work is represented in museum shops and galleries nationwide, and abroad.

She developed the technique of anodizing aluminum she uses in the early eighties, and is one of the few artists today who anodizes her own work. This gives her greater artistic freedom and total control over her art. It is an industrial process which involves converting aluminum
hydroxide to aluminum oxide, which is a reactive state respondent to coloring agents. The metal is electro-chemically prepared, then dyed and sealed, rendering the color permanent and the metal non-corrosive.

Sylvi makes a widely distributed line of "high tech" jewelry as well as large one-of-a-kind mobiles and wall pieces. Her work is in private collections throughout the United States and has been featured in:

Sylvi is also an active member of the American Translators Association & does translations from French to English & English to French. Please e-mail her with any requests for translations at sylvieclat@aol.com. 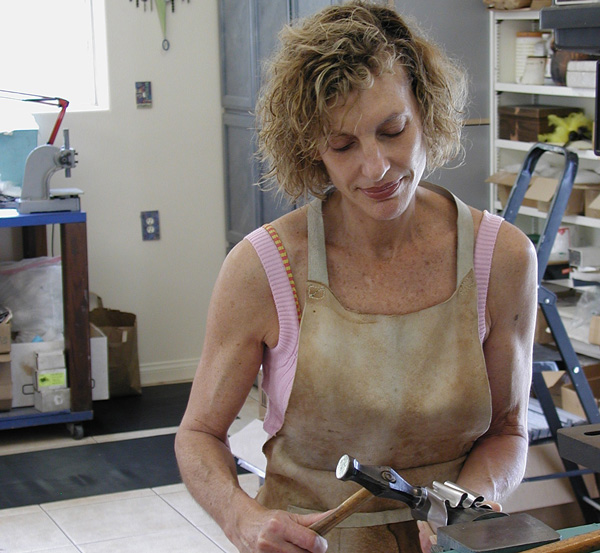